The CSP hosts an annual public Lectureship in Sustainability, where leaders working on issues in sustainability deliver a lecture designed for a general audience. Community members from all backgrounds are encouraged to attend.

Sea to Source: Reducing Plastics
in our Environment

Plastic debris and its impacts in the environment have been widely documented, but the quantity entering the ocean from land was previously unknown. By linking worldwide data on solid waste, population density, and economic status, we estimated the mass of land-based plastic waste entering the ocean at 5 – 13 million metric tons. Cumulative global plastic production reached 8 billion metric tons in 2017 and 6.4 billion metric tons has become waste that has overwhelmed some waste management systems around the world that have not been able to keep up infrastructure with economic growth. In addition, the global trade of plastic waste intended for recycling and has influenced what countries can do with plastic as a recycled material with economic impacts worldwide. Dr. Jambeck discussed not only the methods and results of her research on plastic waste inputs, flows and recovery, but also the related impacts and policies around the world. She presented an intervention framework to reduce plastic ending up in our environment, while sharing stories of integrating technology and citizen science, science communication, and community-level efforts to address plastic pollution around the globe.

Dr. Jenna Jambeck is a Georgia Athletic Association Distinguished Professor in Environmental Engineering in the College of Engineering at the University of Georgia (UGA), Director of the Center for Circular Materials Management in the New Materials Institute and a National Geographic Fellow. She has been conducting research on solid waste issues for over 24 years with related projects on marine debris since 2001. She also specializes in global waste management issues and plastic contamination. Her work on plastic waste inputs into the ocean has been recognized by the global community and translated into policy discussions by the Global Ocean Commission, in testimony to U.S. Congress, in G7 and G20 Declarations, and the United Nations Environment program. She conducts public environmental diplomacy as an International Informational Speaker for the US Department of State. This has included multiple global programs of speaking events, meetings, presentations to governmental bodies, and media outreach around the world including Chile, Philippines, Indonesia, Japan, South Africa, Vietnam, Jordan, Israel, South Korea, India, Taiwan and China. She has won awards for her teaching and research in the College of Engineering and the UGA Creative Research Medal, as well as a Public Service and Outreach Fellowship. In 2014 she sailed across the Atlantic Ocean with 13 other women in eXXpedition to sample land and open ocean plastic and encourage women to enter STEM disciplines. She is co-developer of the mobile app Marine Debris Tracker, a tool that continues to facilitate a growing global citizen science initiative. The app and citizen science program has documented the location of over three million litter and marine debris items removed from our environment throughout the world. 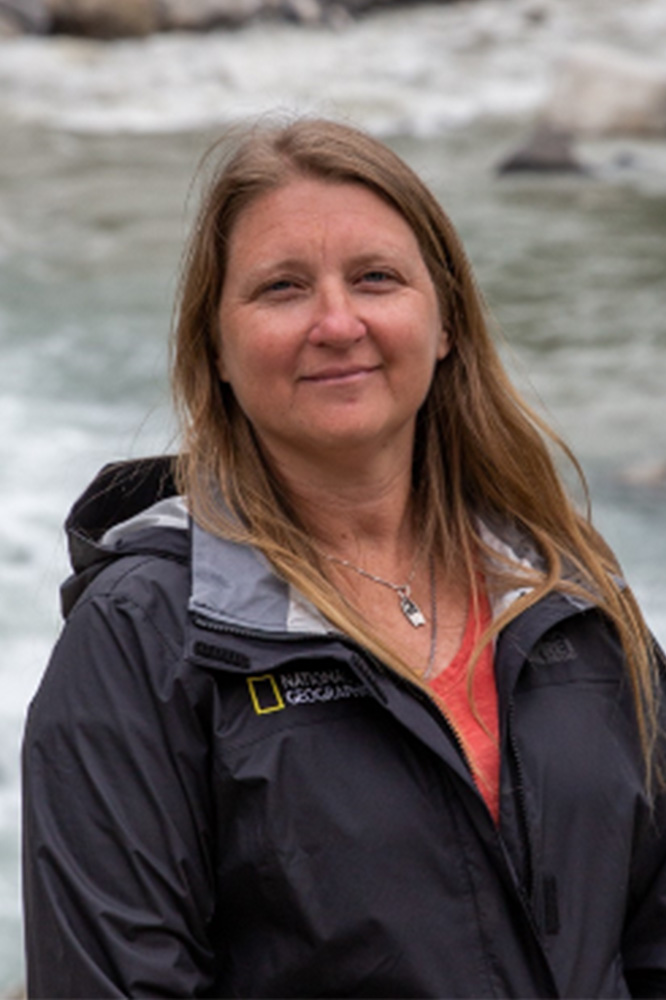 Sea to Source: Reducing Plastics in our Environment

The Transition to a Low-Carbon World: It’s here, and it’s OK

Plastic Debris in the Ocean: Are there Solutions to this Global Environmental Problem?

Fueling the Future: Microbial Engineering for Production of Sustainable Biofuels

Renewable Plastics: Step One in Breaking Our Oil Addiction

In Pursuit of the Perfect Plastic