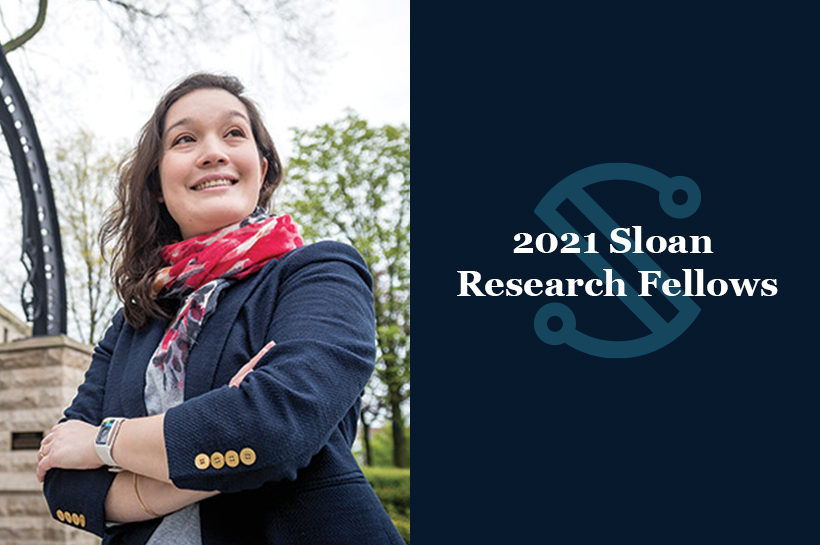 The Alfred P. Sloan Foundation announced 128 early-career scholars chosen to receive a 2021 Sloan Research Fellowship. Scholars are chosen to represent the most promising scientific researchers working today. Their achievements and potential place them among the next generation of scientific leaders in the U.S. and Canada. Winners receive $75,000, which may be spent over a two-year term on any expense supportive of their research.

A Sloan Research Fellowship is one of the most prestigious awards available to young researchers, in part because so many past Fellows have gone on to become towering figures in the history of science.